“I’m telling you Susie, it scared the fuck out of me!” He says into the computer, she laughs and he twists his bottom lip up in disapproval. “It’s not funny, it’s scary as hell, have you even read it yet?”

“No way, that sort of stuff is not my kind of thing, I prefer twilight if I want to be scared, it’s monsters and stuff, but not gory like the crap you like, you know that,” she says from the other end.

“You don’t know what you’re missing out on, this is like next level mindfuck stuff, I’ve got to send you the link, trust me it will change your mind on this sort of stuff,” he says as he quickly changes the tab to his browser and shares a link to the blog with her, and moves back to Skype, but instead of the Susie on the other end, it’s an empty room.

“You still there?” he says.

“Yeah, what’s wrong? I can’t see you anymore, is your connection playing up again?”

“No, everything seems okay, did you get the link?”

“Come on, you have to, it’s like crazy cool, it sucks you in like you wouldn’t believe, but you’ve gotta put some headphones on and play something creepy, it really sets the mood. I’ve already read it like three times and it just keeps getting better, especially if you play Goblin’s Suspiria track through some headphones with the lights turned out, makes it super fucked up.”

“You have to, its only like five minutes long, what’s the worst that can happen?” the screen begins rolling and a static line of interference rips though the screen as if something was trying to break through from somewhere else and he can just hear her reply, but her words are choppy and don’t make any sense. “Susie?”

A young Asian girl appears in the room on the screen, her face pale, littered with pulsating veins, her eyes, black, dark, he jumps aback in fright and crashes to the floor, and then, she is standing in the room, with him.

“We yell and scream as it takes us down, to its pit of despair, never to be found, we join with the rest and we power the beast, as it feeds on those who come to the feast, sharing it’s words, delivering its name, we pass on the curse to all who remain, so say it with me and soon you will see, so say what is said, and be one with, The Roundhead!” and the girl flickers away, like a candle being blow out by the wind, that’s when he sees it, as it places a cold, wet, blood soaked foot on the ground before him. 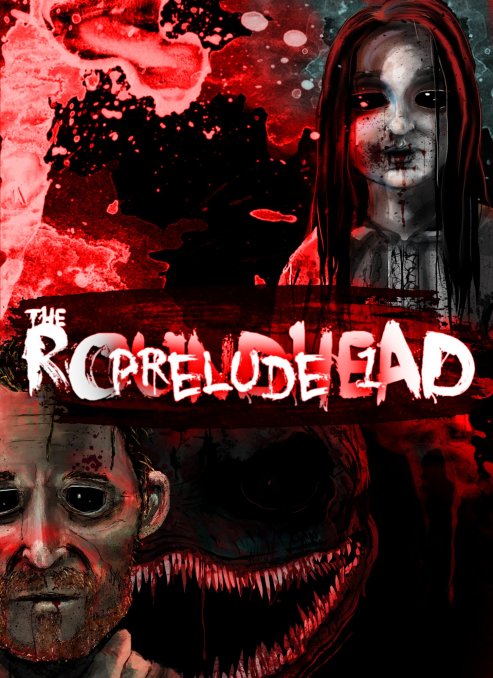