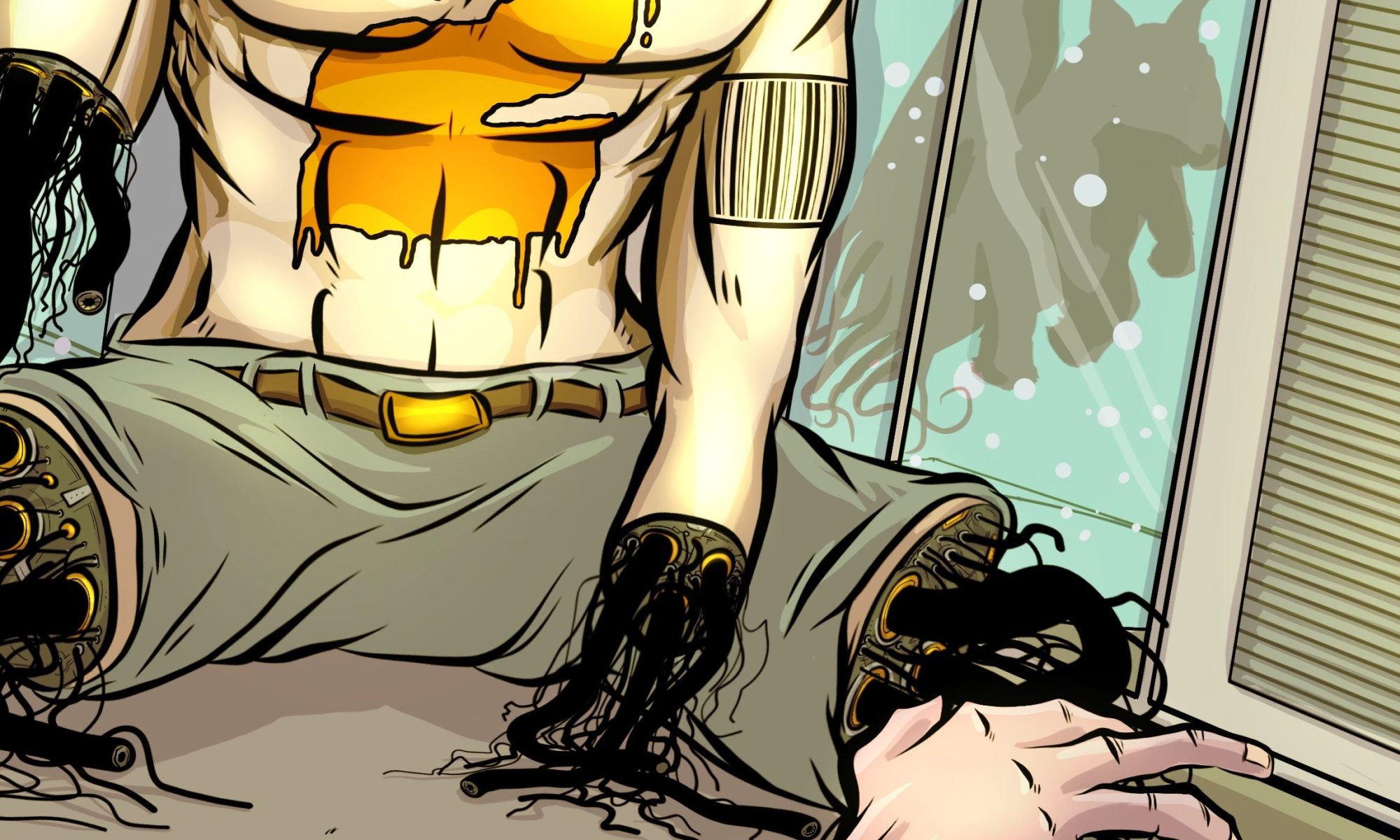 “You’ve finally taken it too far Howard! We are not meant to be a God, we are to be his servants. Kill it! Kill this abomination before things are taken out of your hands!” David says through clenched teeth as he points at Simon.

Howard grabs David’s arm and thrusts him away. “HOW DARE YOU CALL MY CHILD AN ABOMINATION! HOW DARE YOU CALL FOR ME TO KILL THE FUTURE!” Howard runs a shaking hand through his hair, pulling at it in frustration. “What I do, I do so the threats that plague our very existence can disappear. Simon is the most important child that has been birthed since man first discovered how to facilitate his own orgasm, and I will not let you, or anyone else endanger his existence.” Howard says as he pulls a revolver from his coat pocket and raises it towards David. “If you make me choose, it will be him over you.”

“You can’t be serious, you would choose that thing over ME! I am your flesh and blood! I am your FATHER!”

“That thing has a name, and if you choose to ignore it again, I’ll show you what’s more important to me.” He says passionately, thrusting the gun towards David like a knife. “Simon is my SON. He is made from OUR deoxyribonucleic acid, and he is the most important scientific advancement since we began reattaching severed limbs. The blood that bonds us is nothing more than clinical at best father, so don’t try and pull at the heart strings of something you have cared little for in the past fourteen years!”

“I know it is foolish for me to say this, but he is not your son, he is a lab rat. You need to truly understand that, before you do something that endangers everything I’ve worked towards. Ev….” He doesn’t get to finish as Howard fires the gun. The bullet strikes David in the shoulder and sends him crashing to the ground.

“Simon is everything you’ve worked for, and the sooner you understand that the better.”

“D-D-D-Daddy,” Simon slurs through a drool filled mouth as he drags himself along the floor towards where David lies.

“MY GOD!” David hisses as he clutches his bloody shoulder. “It lives?”

“Don’t we all father,” Howard says as he stands above David, his revolver aimed towards him. “Life finds a way no matter what we do. Like all things, Simon was an experiment at first, but then I discovered I had created life, one free from all the ravages the human body has been invaded with. Simon is pure perfection, and indestructible,” Howard says as he quickly turns the gun towards Simon and fires at him several times, each bullet fails to penetrate the flesh.

“I’ve created the next evolutionary step for mankind, an unbreakable body free from disease, free from failure. I’ve designed a genome that not only creates, but when required will also destroy.” He says as David feels something grip his arm, desperately he looks down to see a human hand protruding from the back of a baby pig, gripping him tightly. He screams in terror as the hand fuses itself to him, and slowly he feels his world shut down. He turns back to Howard, his mouth hanging open and his eyes screaming at him in terror.

Howard smiles as he tilts his head to the side, observing his father’s final moments. “We are but all experiments father, you and I. Simon will know the freedom you failed to give me, for he is my son, and I love him.” He says as he places the revolvers barrel to David’s skull. “You created me in this lab, and now I will complete the circle of life and uncreate you with the same intent, to better the future.” He says as he pulls the trigger, his voice void of emotion. 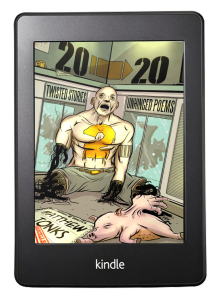 Journey through another twenty tales of madness that share one thing, the insanity forced upon it by the hollowed moon of 2020!
Let us witness the next generation birth the next after that. Let us watch from afar as retribution is laid at the feet of one who is innocent. Let us know the knowledge that is lost but found without fault. Let us see these deeds and many more tales that rise from the soil filled holes that litter the darkness, as we ride along the twisted road to madness. 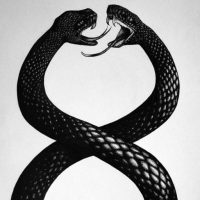