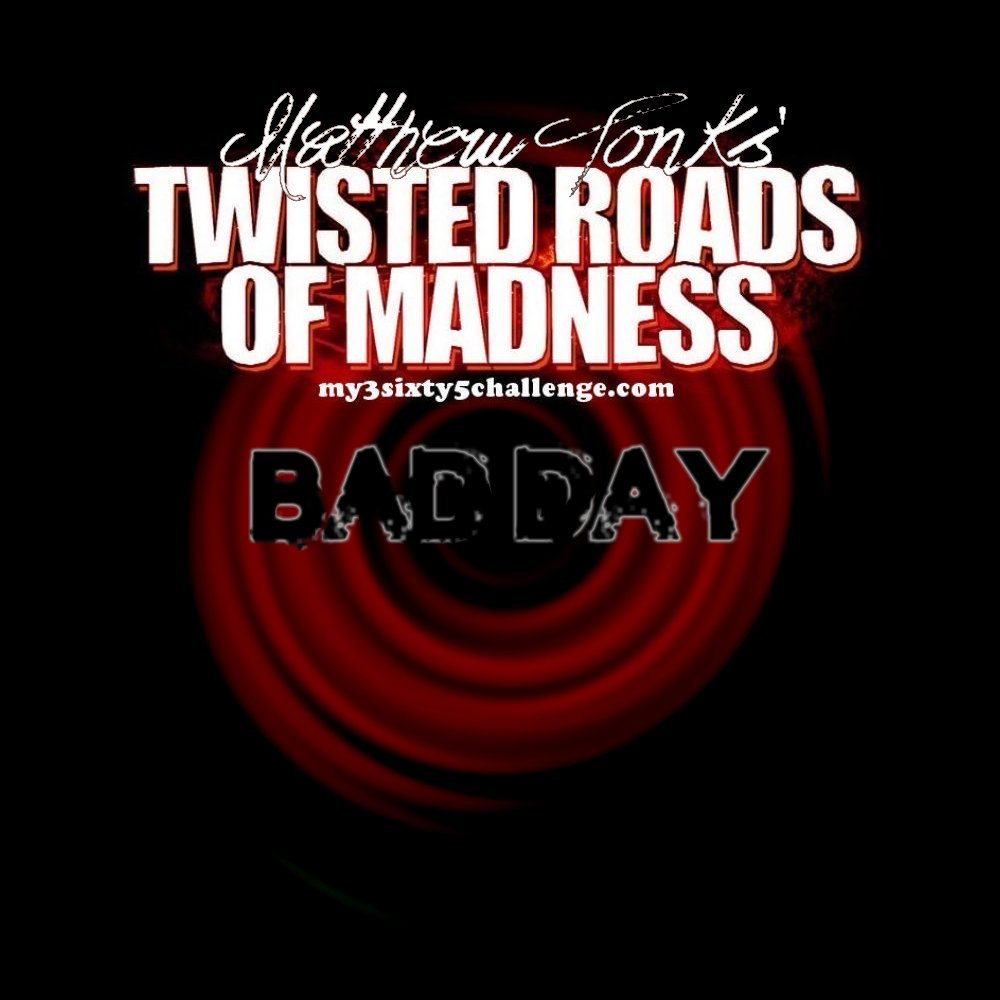 They all stare at his empty eyes, void of life, his mouth hanging open, and his tongue dangling from it. I don’t know how long it kept the room silent, a few second maybe, but, it felt longer. They just stared at The Bears’ severed head like it was the only thing in the room, and I was nothing, just a meaningless thing, that they would address at a later date.

That later date wasn’t going to come for most of them, as the empty shells hit the polished concrete, by the way, who the fuck polishes concrete anyway?

The first four boys at the table fall to the side, holes the size of breast implants gone wrong in their chests, Pam Anderson would have flash backs, shit, remember when she was all perk and pretty with her itty bittys? God, my motor turned back then.

One of them makes a run at me, everything is playing out quicker than I gave it credit for, normally some son of a bitch will be telling you how everything slows the fuck down, and it’s like some fragmented movie reel playing in front of you, when really, you haven’t got time to even shake the snake, you just have to react. I grab him by the throat and drive a blade into his skull, he goes soft and limp like Johnny Holmes emptying his load over a young and frightened Linda Lovelace. The next guy connects with a haymaker, I feel my eye socket cave in, and everything goes blurry, he throws another and I move, sending one of my own up into his throat, he stumbles backwards and I send another into his balls. I know, who uses low blows? Hello fuckers, obviously I do, and it fucked him up. I know what you’re thinking, I probably crushed his windpipe with the first shot, but the low blow was kinda my way of say, hey, here’s something else to worry about than trying to breath.

Two more come at me with lefts and rights, I block a couple with my skull, the rest with a few moves even Bruce would stand up and clap for, the room shat itself right there and then, or at least one of the Russian thugs did, because my nose started to sting, as the grotesque smell ripped up through my nostrils and down my throat. It spurred me on, and I found something in reserve, planted a nice solid right into shit head number one, and swung a mean left into shit head number two’s face, teeth, blood and cartridge ripped through his skin, he tried to scream but I planted another, and sent him to the ground, just in time to block, pivot and kick shit head number one to the ground. I did this fancy move, twisted my hips while I had my legs wrapped around his throat like some crazy gymnastic nymphomaniac, the sound his spine made as I snapped it in half was almost a turn on, if shit like that did it for me.

Then, once again the room was silent, except for Old Man Galboldi, he was crouching behind his chair, in a puddle of his own urine, crying.

This was going to be a quick conversation.