“I’m telling you it’s true, Stevie, who used to bunk with Sammy and Spade, he shared it, and they scrapped his remains off the wall of the library. I KID YOU NOT!” he says as he takes a hit from the bong.

“Dude, you’re so messing with me, if that’d happened I would’ve heard about it by now,” the other boy says as he reaches out for the bong. “Feltz, I didn’t invite you over so you could take it hostage dude, pass it on?”

“Fuck you Andres, I brought the stash, I can hold on as long as I need, just wait your turn.”

“I paid you for it, you just delivered it and sat the fuck down, either pass it or fuck off!”

“Think your panties are choking your balls,” Feltz says as he takes another toke on the bong and passes it over to Andres, just as the door swings open.

“Dudes, you’re not going to believe what just happened!” she yells as she rushes in the room.

“Shut the door!” Anders and Feltz scream out in unison.

“Oh, shit, sorry guys,” she says as she slams the door and sits quickly down. “Brian Weller was just found torn in half in his room.”

“It was the Roundhead,” she says as she grabs the bong out of Andres hand and quickly stuffs the cone full and take a toke, and passes it back, blowing the smoke into the centre of the circle. “They said half of him was hanging out the window and the other half was hanging on a hook on the back of his door, and the word ‘Roundhead’ was smeared in blood across the wall.”

“Bullshit!” they both say.

“No bullshit, Maguire said five minutes before he was found, he shared the story on Facebook and the next thing he was dead, I think it’s true.”

“That’s what I was just telling Andres,” Feltz says as he slaps him on the arm. “See dude, I told you!”

Andres takes a large toke on the bong and passes it, with shaky hands, to Feltz. “I-I-It’s got to be bullshit, it’s j-j-just some advertising scare campaign,” Andres says as he coughs.

“Some campaign, why don’t you share it and see,” she says.

“Because I’m not stupid.”

“Why don’t we all share it and see what happens?” Feltz says as he takes a toke on the bong and giggles.

“Fuck off,” she says as she grabs the bong from him and stuffs the cone again and takes a deep, long toke, before passing it to Andres.

“I’ll do it if you do it?” Andres says, looking at Feltz.

“I’ll do it if Carver does it,” he replies, they both look at Carver and she stares at them both as the weed begins to hit.

“Okay, we all do it together,” she says as they all pull their phones out and place them on the ground.

“Pass the phones around, we each do the others, so we all know it’s fair,” Andres says.

“Okay, done,” Feltz says as he grabs Carver’s and hands his phone to Andres, who then passes his to Carver.

“Go onto Weller’s page, he was the last one who shared it,” Carver says. They all quickly bring up their Facebook pages and find the shared post and all look at each other.

“On the count of three?”

“Okay, so on three or after three?” Andres asks.

“One, two, three!” Feltz yells as they all press share, and sit there frozen, as their eyes shoot around in their heads, searching the room. After a few moments they all collapse to the ground, laughing hysterically.

“Dude, that was c….” Andres says as he sits back up, and freezes in fear, “Oh fuck guys!” he mutters as he stares into the dead eyes of a young girl, sitting in the centre of the circle.

“What, you forget where you hid your sta…..” Carver says as she looks over and sees the girl, Feltz sits there with his mouth open and his eyes wide as the girl begins to speak.

“The beast made a deal to break free of its cage, but had to wait for the world to come of age, and now that time is at hand, as one can easily reach across the land, and touch a thousands more, allowing the demon to pass through the door, to our world and feed on the souls of the many, as it breaks its way through, can you hear it, can you feel it, can you say it, then say it, say the Roundhead,” and then she disappears, they all slowly look around the room at each other, and Feltz lets out a nervous laugh.

“That was…” he doesn’t get to finish his words as a massive foot stomps him into the ground, like a bug hitting a windscreen, the other two sit there, frozen, Feltz’s blood splattered across them, and it lets out a low, gravelly growl. 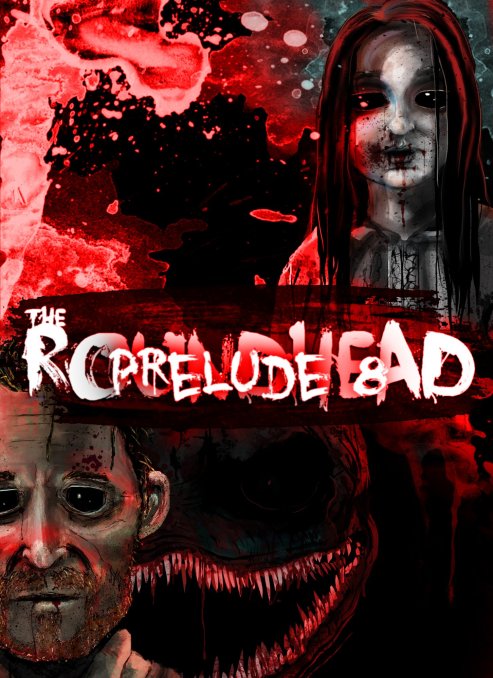 WILL YOU SIN FOR IT?

Reblogged this on Cristian Mihai.