Gadamrie, a Golden Priestess in the Dark Collective, who before the federation came to power boasted over one million hosts as part of her mind hive.

Zander and the crew of Betha find themselves requested by the High Priestess, once touching down, he comes face to face with General Salidazar, who has other plans for Zander. Gadamrie intervened spoiling his plans, as the High Priestess arrived and attempted to quell the already explosive situation, to, no positive end, until Sin relayed a message, what appears to be from Zander himself, warning of the Priestess and Salidazar, verifying the information, he acted, somewhat recklessly..

And so, we continue…

“Well, if you are asking if the voice is yours, both Betha and myself have matched it to your own, without fault.”

“So, so it’s one hundred percent on the money?”

“If you are saying, should we believe what you are telling us? We do not have the answer for that.”

“That’s good enough, shut the door,” he says as he looks over to Gadamrie, who tilts her head to the side, as she tries to read what he is thinking, then, her eyes widen, as he pulls his blaster free and fires a shot into Saladizar’s skull as the ships door slip down, Zander runs up the corridor towards the cockpit, turning to the confused Touvler and Gadamrie.

“Don’t just stand there, we have to move now, before they act!” He yells.

“I know, is that going to be a problem?”

“Not for me, but you are going to have to let me in on whatever Sin showed you,” Touvler says, as he leaps forward and run past Zander, leaping into the co-pilots chair, as Betha’s engines scream to life, the almost derelict ship rips from it’s moorings and strikes the sky like a sword thrust forward.

“Right now, we’ve got other things to worry about,” Zander says, as he swings around on his seat, looking over a scan of the base behind them, but no ships make chase, Zander raises an eyebrow in surprise.

“If you are wondering why there are no ships pursuing us, that would be because they are unable to,” Sin announces.

“Sir, they, may not appreciated what we do, what we have done, but, their counterparts, and their ships, are loyal to a different cause, one where we hold a higher power,” Sin says proudly.

“So, in other words, you blackmailed them?” Touvler says.

“I simply required them to look at their battle history compared to ours, and they chose their move.”

“Lucky they didn’t scan this hunk of trash, her weapon cells are almost depleted and her core is in need of an overhaul, we would’ve fallen the first hit we took,” Touvler says with a scowl, as he looks back over to Zander. “So fearless leader, wanna tell me why you finally did what you should’ve done like, three centuries ago?”

“Zander, I know this is going to be hard to believe, but, it’s all true, everything, I’m you, well not you exactly, another version from another reality, another timeline, but that’ll all have to wait because none of that matters right now. What matters is you don’t let them know about the child, no matter what you have to do, hide it from them, all, it’s important… Don’t trust the  High Priestess, she’s something more than you know, a maker, a first, some crazy cross dimensional being who wants your child of dead, so you have to stop her, come to the coordinates twelve, eighteen dot b, nine, eight, dot L two, three, two, dot D three, three, three, two dot twenty-seven and you’ll see I’m telling the truth. And while you’re at it, kill that weasel Salidazar, he a traitor and deserves it.”

They sit in silence for a few moments, before Touvler turns back to the flight deck and cracks his neck, “Well, that explains that one, I’m guessing Betha’s already on course?”

“That is correct Sir,” Sin replies.

“Well then, lets go find us some truth then, and hope it’s not some trap that will end up with all of us biting the big one, because you know, I was really looking forward to visiting my lady one more time.”

Zander looks over the flight path and smiles, “Like you have a girl waiting for you.”

“Hey, Sandra D may be a replicant, but, she’s my replicant, finest model in the galaxy,” he says with a laugh.

Some space away, a lone, small craft, follows slowly behind, inside, in front of the controls, Salidazar snarls his lip in anger, as the hole in his head, slowly heals over.

“You heard correct Sir, Kane went haywire, blasted a damn hole in my head then took off, didn’t even want to hear what the witch had to say.”

“This child you said she spoke of, Kane’s child, what did she mean by it?” a voice asks.

“Have no idea, I’m not in the circle of trust, remember.”

“Very well, follow and report back, whatever Kane is playing, I want to know.”

“Of course, High Lord Quinn,” he says, as he turns his communicator off, and continues to follows Betha’s plasma trail. 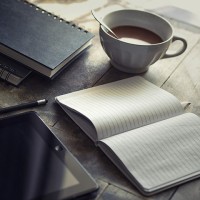 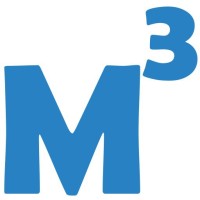