….“The key of change is a brighter charge than one could ever understand Dominic, even for someone as dense as you,” Karver says with a wry smiles planted across his lips, while Dominic‘s face turns a dark shade of red.

“Tell your goons to let me be, and try and say that again FUCKER!” he spits as he tries to forces his way free of the six burley officers that press him firmly against the ground.

“Then the advantage would be yours, PUTTANA! I’m not going to risk everything I have built here just so you can get your revenge, it is not how real life works. Real life hurts, and the pain, it never goes away, it only gets stronger and more disabling. You have come so far from the little STRONZO I befriended back in middle school, yet you have learned nothing but how to fail at life,” he slaps as he raises his pistol once again and presses it against Dominic’s skull. “It’s time we said goodbye old friend.”

“I love you too,” Karver hisses as he squeezes the trigger tightly…… 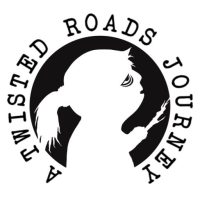