He attempts to swallow the tirade of spit and phlegm that sticks in his throat once again, only this time violently coughing as it grips his throat even fiercer, desperately he looks up at her with blood shot eyes, which only causes her smile to grow grander.

“Look at you,” she says with salty words, each dripping with an elixir of spite and arrogance. “How the mighty have fallen,” she hisses as she grips his jaw and pulls him effortlessly to his feet, pirouetting around on the concrete floor in her roller-skates. She stares at him proudly as they spin, then kisses him, thrusting her tongue deep into his mouth. Like a hand searching for a lost item behind the couch, her tongue wraps itself around the ball of mucus that has attached itself to his throat and pulls it free. As she draws herself away, she leaves a spiderweb like trail of spit hanging between them, then smiles broadly, displaying a green jewel that was hiding within the mucus between her teeth, and as he drops to the floor she gently spits it into her hand.

“Back in the days before civilization, one such as you would’ve had your hands and your balls cut from your body.” she says as her eyes look over the jewel and down to him. “What words do you have for me child? What reasons do you have for stealing from my house?” she growls as she slowly begins to circle him like a shark does its prey. “Tell me why you dared to kidnap one of my children?”

The smile widens on her face, and her eyes glisten brightly as she slowly glides around the room bathed in its neon glow. “A tool is only as good as the user who uses it, and you have been used poorly Duncan. NOW stop your games and face me without this pathetic shell! Face ME like someone proud of their heritage, and not hiding in a snivelling animal that is about to DIE!”

His face twists, and his teeth are bared in aggressive fashion. “I AM NO SNIVELLING ANIMAL WENCH, I WILL BE YOUR UNDOING!” he screams in a voice not his own.

She slides to a grinding stop and grins broadly. “Welcome to the game, I was wondering when you were going to show yourself.”

His brow furrows and a pulsating twitch cascades across his face. “I-I-I, I don’t know what you mea-mean, s-so stop playing these STUPID games with me and tell me WHAT the FUCK is going ON!”

“You don’t know he’s in there, do you? He’s a passenger, riding along beneath your flesh like a stowaway would within the bowels of a ship, hiding himself why you risk all to do his bidding.”

“Yes I am, and you are starting to realise that aren’t you? Suddenly all the weird dreams, the lost moments in time, the talking to yourself that has been taking place, its making sense. All these things you thought were adverse reactions from the lack of drugs you’ve had in your body, are not uncountable moments, but signs of a traveller riding inside you, a spirit possessing the very flesh you so pathetically worship. Lay bare your sins and face me without the face of another!” she bellows, as a sword appears in her hand, and she quickly removes Duncan’s head from his shoulders. Wave after wave of blood spurts ever upwards, showering her in a red rain until he drops to the ground silent, and the beast stares back at her with pools of black in place of his eyes.

“You’ve seen through my meat suit, but you w….” his words are cut short as she drives the blade into the beast’s chest.

“I am no wench, I am a mother protecting her children! What are you?” she hisses as he melts away in a pile of ash. 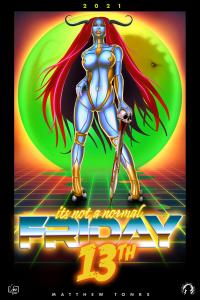 Before you lies a piece of a puzzle far grander than you could ever know or imagine. For scrawled in blood upon the pages hidden within the above tome is stories twisted twenty-four in all, soaked in the embers of my insanity. Five minutes to glimpse inside the eyes of someone new, five minutes to answer, five minutes to sin, five minutes to do almost anything. A god, a demon, a harlot, a whore. A fascist, a killer, a sinner, a door. Death and division, humanity askew. A belfry of bats, a sea of black cats, so many moments out there to see, so many things you could see with me. So take a seat beside me and call it voodoo, because now you ride with me too…